A single dressing can contain multiple medications tailored to a specific wound type, while providing the ability to accurately control the dose and delivery schedule of those medications. That combination of customization and control could significantly improve or speed up the healing process. To evaluate the potential benefits of their smart bandage, the Harvard researchers conducted a series of experiments.
‍
‍A microcontroller no larger than a stamp can be activated by a smartphone or other wireless device, sending small amounts of voltage through a chosen fiber. This tension heats the fiber and its hydrogel, releasing all the charge.
‍ 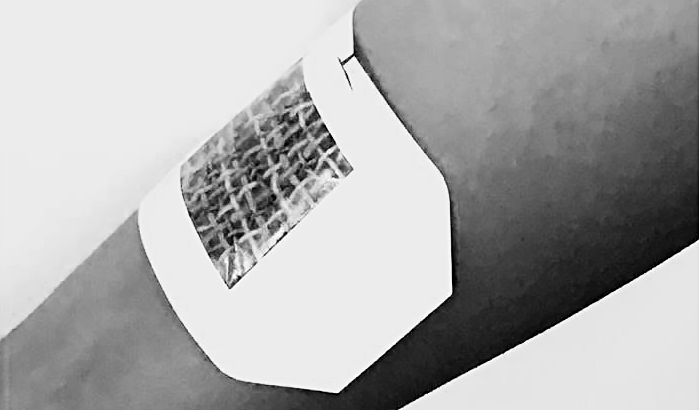 A prototype of the team's design via University of Nebraska-Lincoln
One experiment showed that an antibiotic-laden version of the dressing could eradicate bacteria. Other experiments also showed that the heat needed to release the drugs did not affect their effect and potential. Although the researchers have patented their design, it must be further tested animal and then human before it is marketed. This can take several years, although the fact that most components of the design have already been approved by the Food and Drug Administration.

The team is led by Ali Tamayol, assistant professor of mechanical and materials engineering at Nebraska. Their findings are published in the journal Advanced Healthcare Materials.
SEEN ENOUGH?
Neither did we.
CONTACT
Medical Innovation Academy
Beyerinckweg 17E
4251 LP Werkendam
+31 6271 494 22

All content and media on this website is created and published online for informational purposes only. It is not intended to be a substitute for professional medical advice and should not be relied on as health or personal advice | Read more